I excitedly attended AX this year in the hopes of watching Naoko Yamada’s new film, Liz and the Blue Bird. While I didn’t get to see it then (the sacrifices of wanting to interview your favorite director are real!) I was extremely lucky to see it when it was screened in San Francisco. I walked in ambivalent. I walked out an utter crying mess.

Liz and the Blue Bird is albeit, an incredibly simple film, plot-wise. You’ve seen it many times before – two high school girls grow close, only to realize that their feelings are far more complicated than originally thought, and thus, start to drift apart from one another. I can go on and on about Liz and the Blue Bird and how structurally sound it is as a film and how it encapsulates many of Naoko Yamada’s fine directorial traits. But this post isn’t about that.

Many will say that the film is good, but what makes Liz and the Blue Bird so personal to me is my own high school life, and falling in love with my own best high school friend. It’s also straightforward, and clumsily poetic: she was a shy, quiet girl, new to the public school, just like me. And I, being incredibly passionate and chatty, instantly felt deep connected with her. We bonded pretty quickly after that. She introduced me to Studio Ghibli. I showed her Indian food and got her into Fringe. We both loved books, and attended Literary Club. Study activities were held at my house as we both attempted to pass AP BC Calculus. 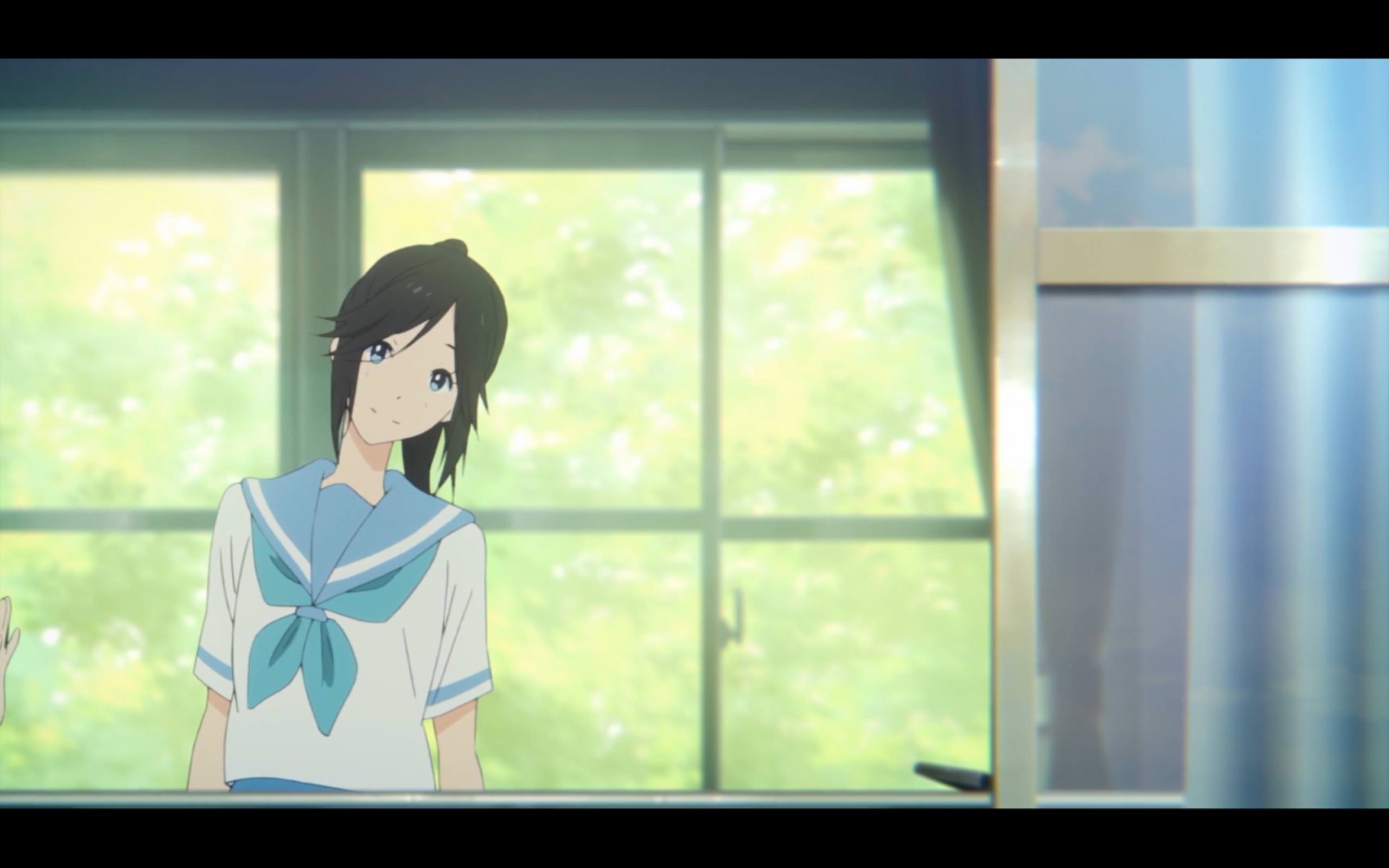 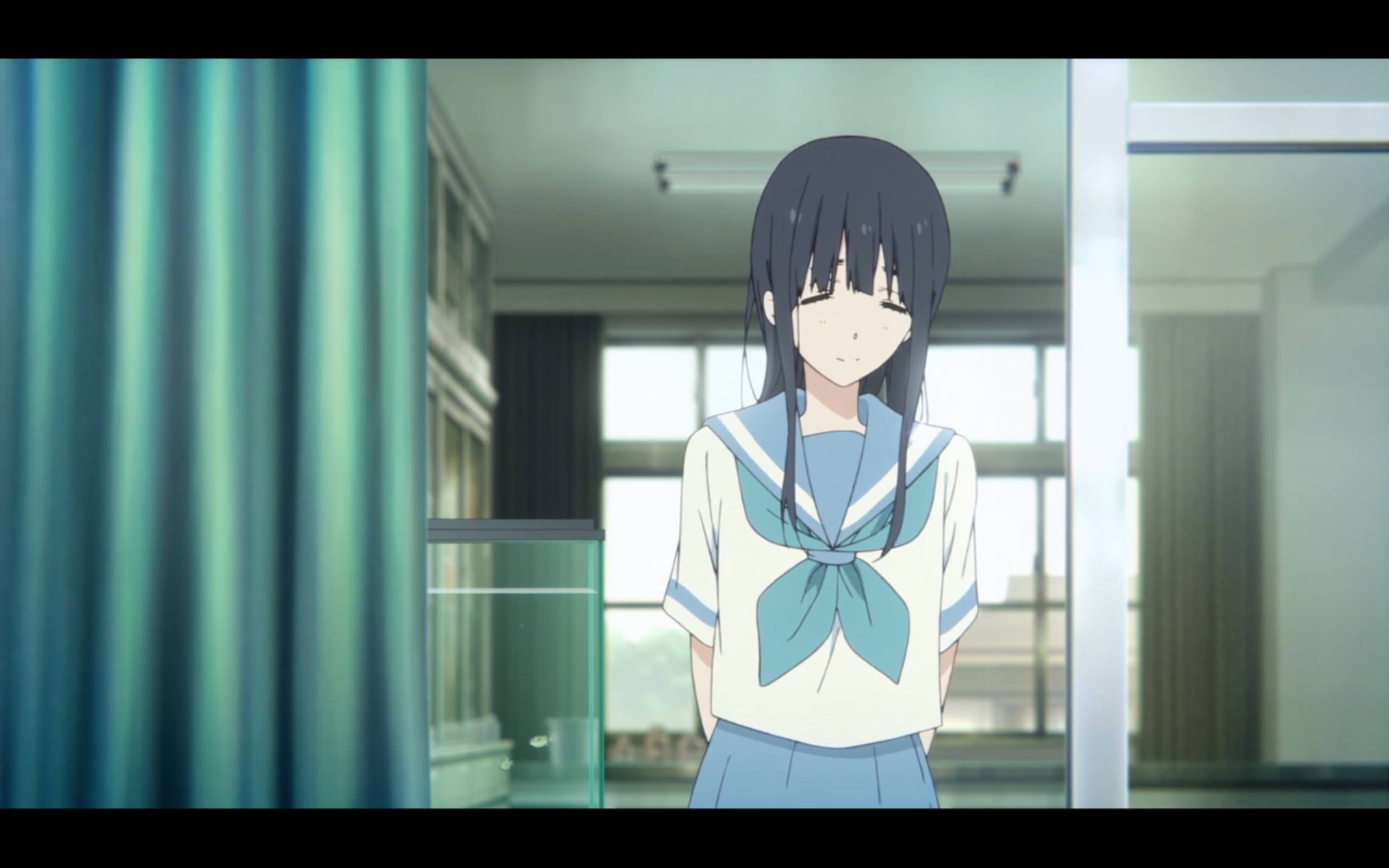 I remember her laugh. I remember some of our dorky texts, when I got my first real functioning cell phone and excitedly sent her messages every day. I remember our first sleepover. I remember when she slept on the same bed as me, less than a foot away from my own huddled body. My heart was pounding as if it wanted to escape out of my chest. I remember distinctly wondering why I felt so nervous and yet so excited at the same time. I didn’t know what that feeling was at the time. I know now, what it is. 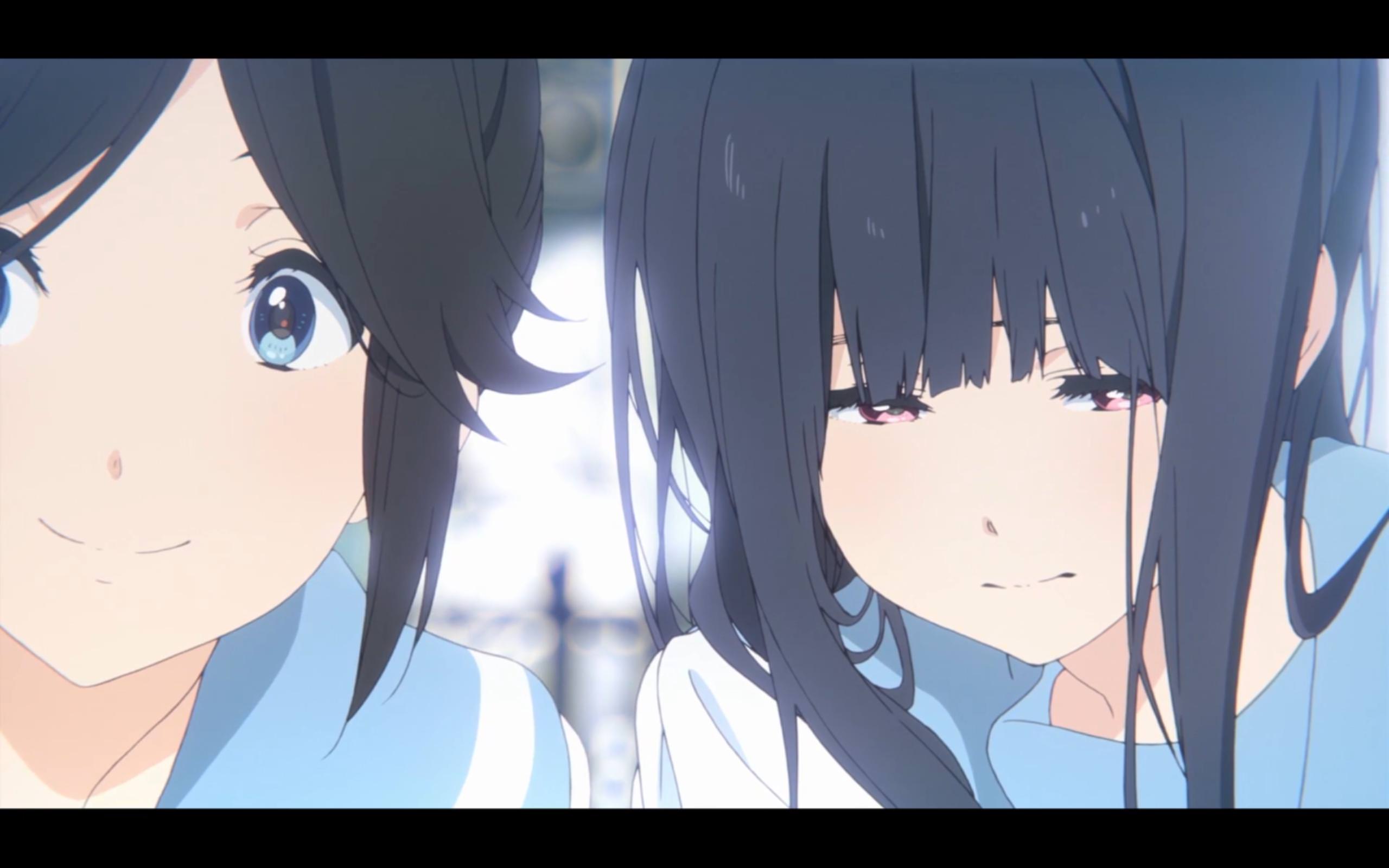 But phases in life are like tides; they sweep you up, in the mighty crash of things, and break away, leaving very little behind. We were incredibly close by the time senior year hit, and it struck me that inevitably, we had to go our own paths. I was destined to stay in state, to be near family. But her situation was different. She wanted to go to cooking school, and become a professional chef. But first, she had to save money. She wanted to go to UC San Diego.  The news shattered me, in some way. I thought my dream of happiness and “friendship” would last forever. It did not. 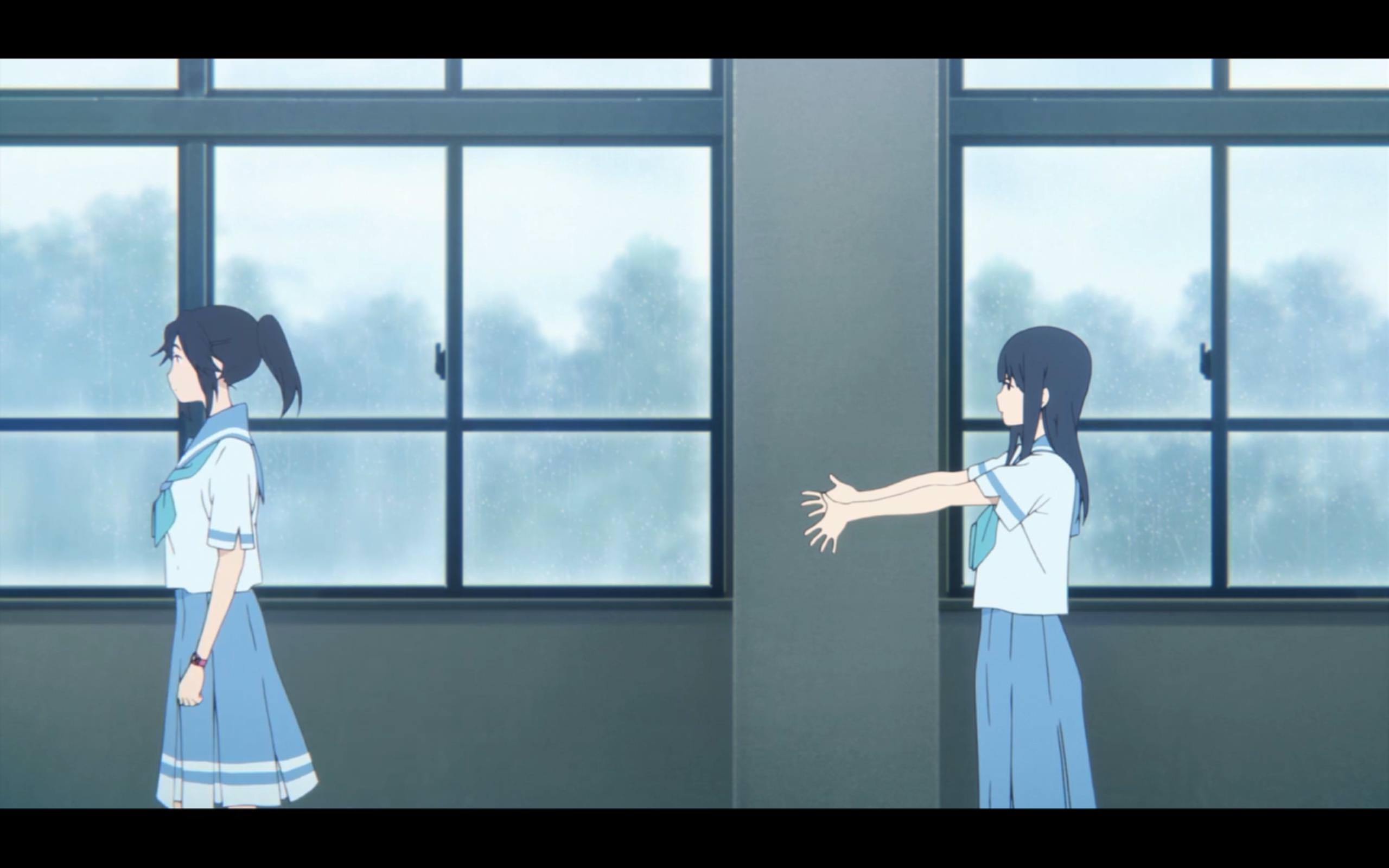 In Liz and the Blue Bird, Nozomi and Mizore too, encounter a struggle in their relationship. The means to which they resolve it is unique, but in the end, the message is simple: to love someone is also to let them go. It is a message I wish I could tell 18 year old me, heartbroken at the sight of my friend turning her back on me, going to a place I could not follow. I wish I could have told her that falling in love isn’t easy, especially not when you love someone of the same gender. I wish I could have saved her from the raw pain and struggle to close that chapter in her life, love herself for who she is and wants to be, and move on. But I can’t. Watching Liz and the Blue Bird this year reminded me painfully of my own shortcomings with this scenario, but also, the forgiveness and wisdom I’ve attained in overcoming it. It is a similar bittersweetness that accompanies much of the film and its ending.

Yes, Liz and the Blue Bird is seemingly straightforward. But to me, it is a personal retelling of the journey I experienced – and overcame – in falling in love and being painfully aware of the joy of it, and the loss of it. It hurts in many ways, like an intimate bruise, quiet and held close. But it is a closed wound that I look back on more and more as time grows, remembering how much it’s helped me along the way. A bruise I cherish. 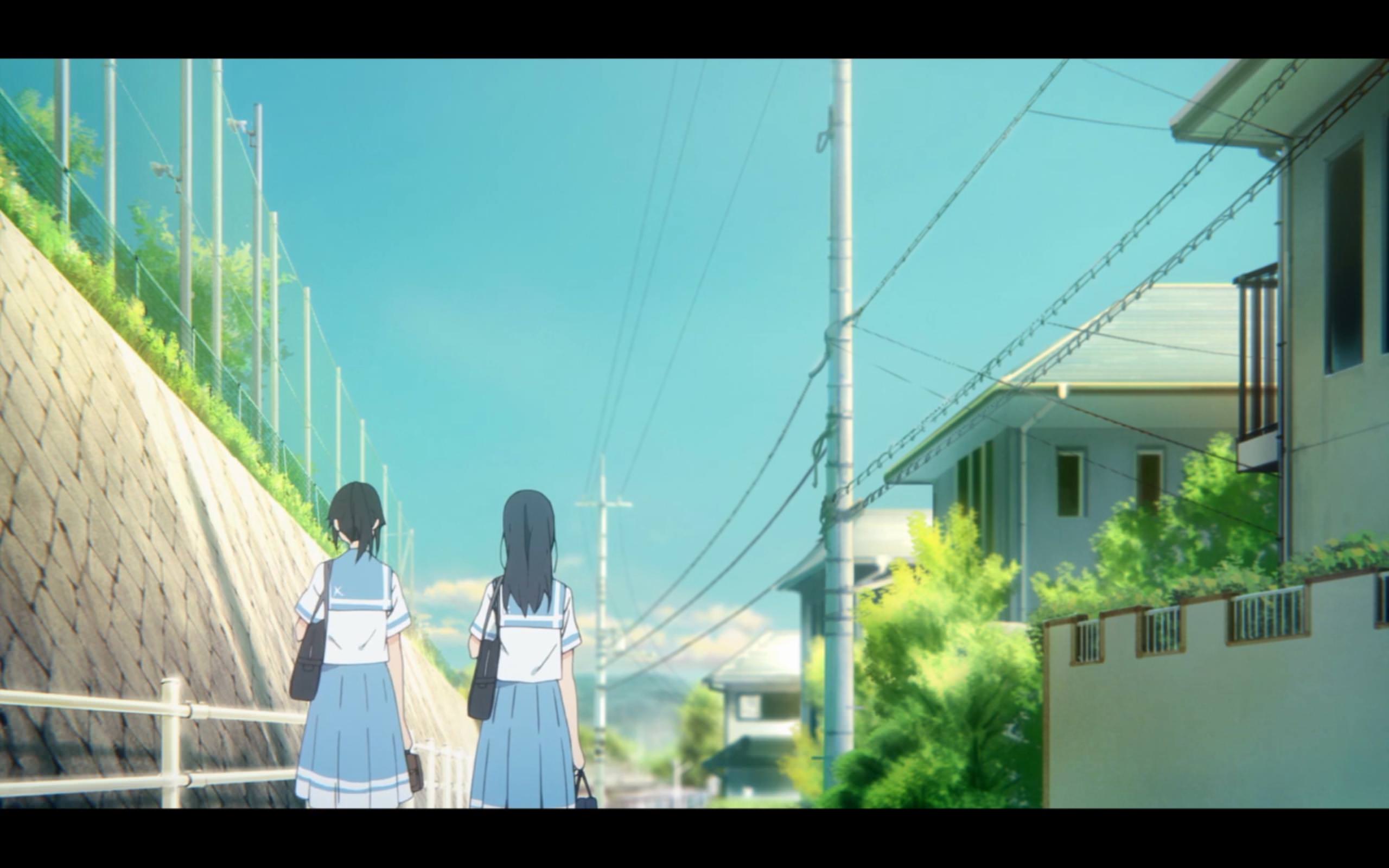 One response to “12 Days of Christmas #4: reflexion, allegretto, you.”