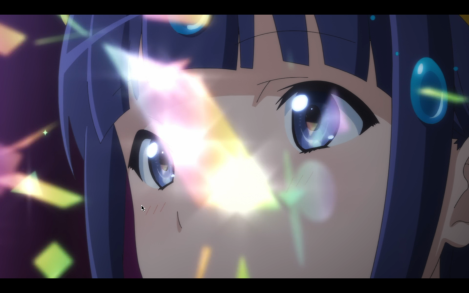 One of the most frustrating things about transitionary periods in youth, is coming face to face with inevitable change. It can be as simple as moving from your home to a college dorm, or more complicated like traveling to another state for a new job. I was seventeen when I had my first serious transition in life, and it marked me. She was just a friend, I told myself, again and again, as she went to California and I stayed in the same state. Internet and phone calls would surely keep us close.

But as do all things with time, friendships transform. We fall in love with different people, and new and fresh experiences catalyze this. Bits of data can’t hold this back, and a year into my university, and I realized that what was once my closest friend was now somewhat of a stranger. She had new friends, a different life, a better life.

In the fifth episode of Revue Starlight, Tsuyuzaki Mahiru wakes up alone. 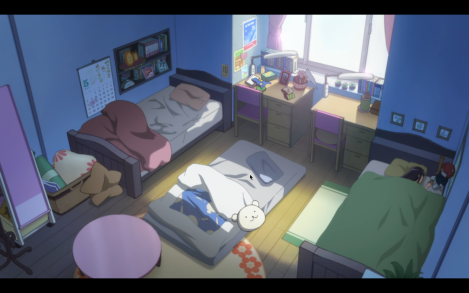 Revue Starlight heavily implies that Mahiru’s feelings toward the main character, Aijo Karen, are romantic. The two have been together through thick and thin, all in an attempt to be a star at Seisho Music Academy. However, unlike Karen, who wants to become the best, for Mahiru, Karen is all she needs – all she wants. The idea of becoming the best is secondary to her, and much of this episode thus revolves around her jealousy and doubts as Karen becomes close with newcomer Kagura Hikari to reach the top. What starts off as a series of gags focusing on Mahiru’s ‘thirst’ for Karen (which is always interrupted with Hikari’s presence) turns into an emotionally compelling exploration about how Mahiru’s dependency on Karen results from a deep self loathing and insecurity as she doesn’t believe she has the right or talent to shine as brightly as Karen and the others. The episode ends with Mahiru understanding that she has her own unique brilliance and that she wants to approach Karen (whom she still loves) on equal terms, rather than just follow her from behind. 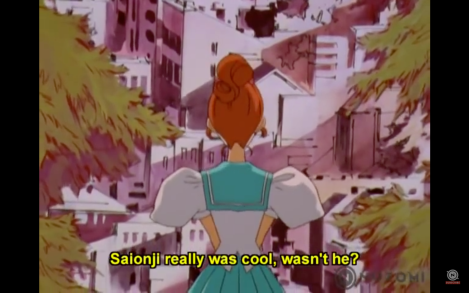 Wakaba, just like Mahiru, is as ‘ordinary’ as ordinary gets. She’s not confident, brilliant, or particularly talented. She laughs and cries, gets mad, and serves as reminder of the mundanity of daily life in anime, in contrast to all the bizarre and surreal events that occur in Utena. She’s also Utena’s best friend, until Utena is tied into the complicated schemes of the Student Council and Anthy Himemiya, the Rose Bride. Even then, Wakaba doesn’t complain. She holds it in, does her best and even restores Utena’s confidence in herself when she loses a duel to Touga.

But then, due to a series of events and misunderstandings, Wakaba finds that her crush, Saionji, is expelled from the school. Out of kindness and love, she offers him a place to crash at while also deluding herself into thinking that they could form a romantic relationship. Unbeknownst to her, Saionji is a man who only seeks out women that will obey and fulfill his desires and have little worth otherwise – the stereotype of a toxic boyfriend. In this period of time, we see Wakaba ‘shine’: she performs well in school and in clubs, seems consistently happy, and even stuns Utena with how much more ‘beautiful’ she’s gotten. This is short lived however, when Wakaba finds out that Saionji is only in love with Anthy and cares little for anyone else. Succumbing to her self loathing, Wakaba becomes a Black Rose duelist who fights against Utena and as a result, loses both her happiness and Saionji. Unlike Revue, it’s a heartbreaking ending, but one I do think that is necessary. 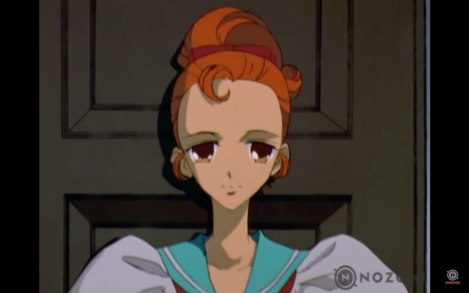 What Revolutionary Girl Utena nails that I think Revue Starlight glosses over are three things. The first is the deep seated idea of self loathing and jealousy. Whereas Revue Starlight frames this for lighthearted jokes, Utena isn’t afraid to portray it in its more nasty and unhealthy form. Wakaba’s jealousy for Anthy is mixed in well with her own loathing for not being special enough in Saionji’s eyes, when clearly, she never really needed Saionji – she could shine just as brightly without him being around. Her display of rage and grief at not being inherently ‘talented’ is one of the most intensely emotional parts of the series, other than the finale, simply due to how the episode is set up.  Most of it isn’t just through Wakaba’s monologues, but from her perspective and day to day activities. Revue does this as well, but most of it is framed in a comedic perspective, rather than a serious one. Both Mahiru and Wakaba fight because they feel powerless, but only in Utena’s is this so evocative and clearly portrayed. Kind Wakaba has been pushed to her limit in such a ruthless way that she’s willing to hurt – and possibly even kill – Utena and Anthy. This desperation and frustration isn’t felt as deeply with Mahiru’s character, who only seems melancholic and timid, rather than deeply insecure and frustrated. So instead, she does something just as glossy: bats Karen into different auditioned fights occuring at the same time. She’s not allowed to get mad. 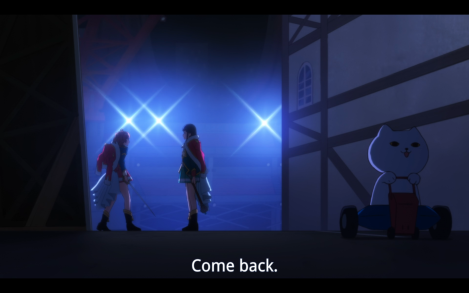 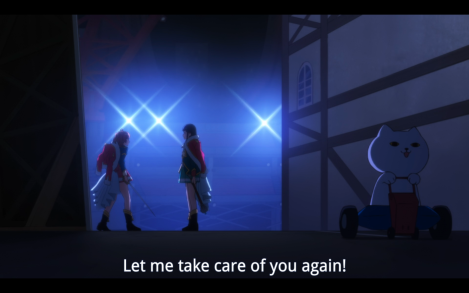 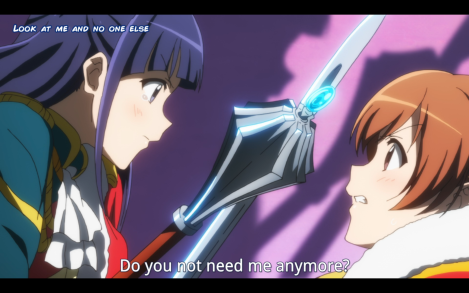 The second is who ends up saving who. In Revue Starlight, Karen is the one to confront Mahiru about her kind nature and tells her all the positive things she associates with her. This is a surprise to Mahiru, who lacked confidence and self awareness to realize these things. At the end of this conversation, she gives up, and Karen wins. In Utena, Utena doesn’t have to tell Wakaba that she’s special already, or that she’s amazingly strong and bright and wonderful. This is because it’s for Wakaba to find out for herself. All Utena can do is push Wakaba out of making mistakes she’d regret later, and this is heavily communicated by the fact that Utena does not use the Sword of Dios to win the duel, and grabbing her hand as she’s about to fall. Utena acknowledges this as a melancholic truth: you cannot save people, but you can open doors for them to save themselves. 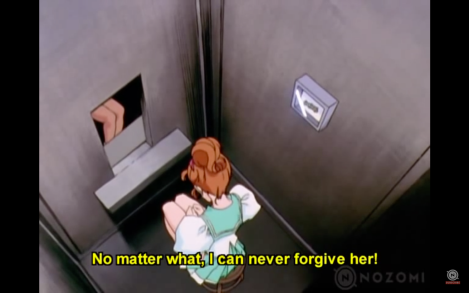 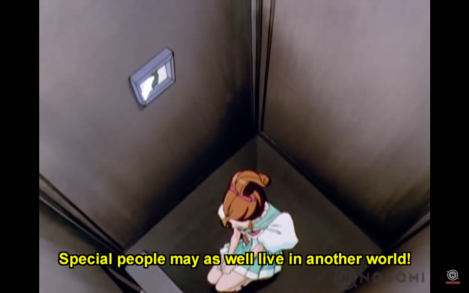 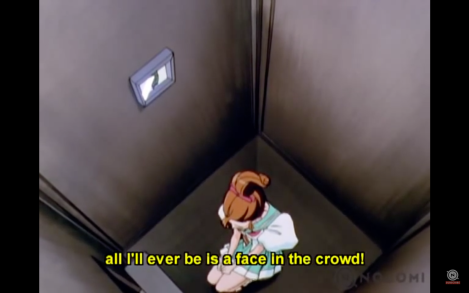 This leads to the last and selling point of the episodes for me: the way they conclude. In Revue, Mahiru accepts what Karen tells her and upon watching a video, realizes that she too has her own kind of shine. She then happily shares her family’s potatoes (a symbolic representation of herself), with the rest of the group. In contrast, Wakaba in Utena walks home desolately to find that Saionji is gone and her room is empty. She shuts the door sadly and replies to no one, “I’m home.” Wakaba’s episode is far more depressing, but to me, more clear in understanding that happiness and being special are relative terms, and that realizing this doesn’t necessarily mean instantly achieving it. 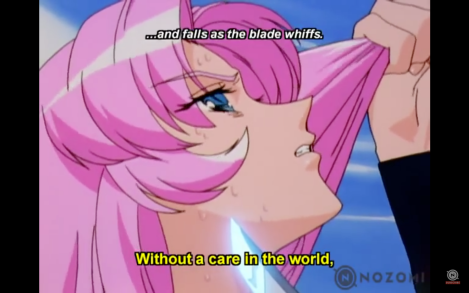 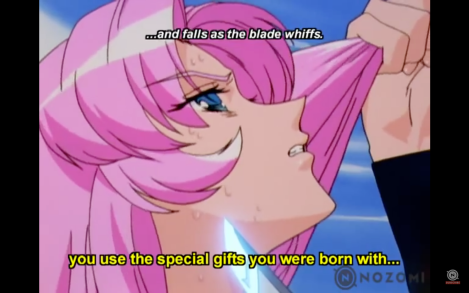 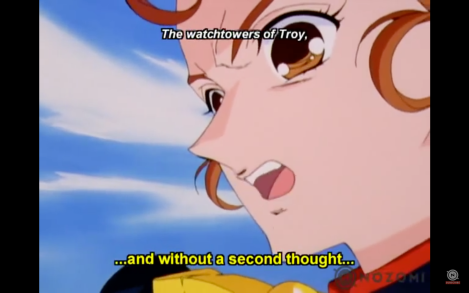 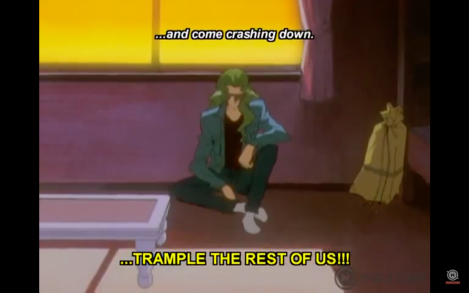 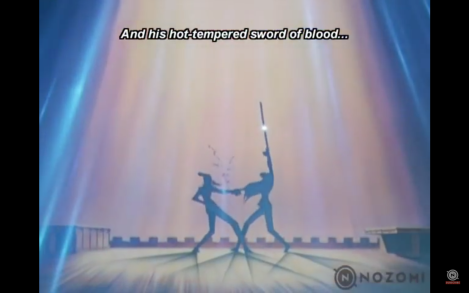 One could argue that Wakaba and Mahiru are almost completely different characters in nature and may have different situations. Wakaba wants to date a toxic man, and Mahiru wants to date her best friend. Karen and Saionji are extremely different individuals, and Mahiru doesn’t hate Hikari, like Wakaba ended up hating Anthy. But thematically, their narrative is the same. It is an exploration of betrayal in the most personal and intimate form, but only do I find that in Utena, it carries the sharp blow that carries the message seriously, whereas in Revue Starlight, it feels plastered, all too hopeful, and in that sense, disrespectful.

I from time to time hear about my old friend, a person I once knew and so deeply resonated with. She’s a stranger now, and that’s okay – we’ve both s moved on in our lives, finding new people to care about and share our experiences with. There are still days where I wonder though: could I have done it differently? Did we go somewhere wrong? And the insecurity begins to bite, little by little. But then I slowly remember: as long as life goes on, opportunities to improve and find new things in life are always there, if you’re willing to open yourself up to them. It’s a natural process of growing up I wish Mahiru had gone through, rather than having it pushed on her. She’s fine the way she is, potato, Karen-less, or not. 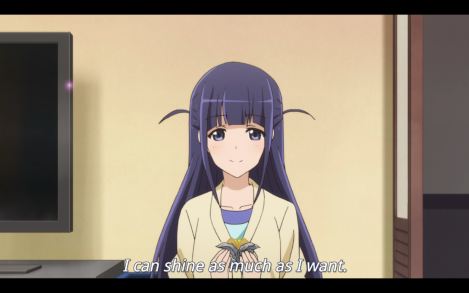 8 responses to “For Those Who Remain Behind; The Third Wheel in Revue Starlight and Revolutionary Girl Utena”